At 14:00 we went to LasEirQuest with a group of 6 students. Since the group was rather small (too bad!) we decided to do 2 free for all games. We cycled to Stratum to go to the game hall. The first thing to do was choosing a cool nickname. We were going hero style: IronMan, SpiderMan, Robs, Hulk, Thor and BatMan. After getting some instructions (do not run and no physical contact!), we started our first game. Since some people played LasEirQuest for the first time, they still needed to get acquainted with the game hall.

After 20 minutes the game stopped and we went to the bar to look at the scores. SpiderMan won the first round! We were really tired and decided to rest for a minute to gain some energy for the second round.

After some time we went back to the gaming area. The second round began. Everybody started running and shooting and it was just like playing COD or Battlefield. Depending on which you like better. When running and bumping into each other we started some close combat (striking the gun of your component to the ground and shoot him (or her) in the back). One of us even got hurt by bumping into a radiator, so real blood flowed.

Everyone’s score had improved the second time. We had a lot of fun this afternoon with 2 games of LasEirQuest in just 1,5 hours. Arrived back at Het Walhalla we got a free beer (AAA) from the Board (as we deserved).

If you guess the right order of scores by nickname you can win a free beer in Het Walhalla!!! (submissions to board@ma-eir.nl until June 2nd. Participants of the activity excluded.) 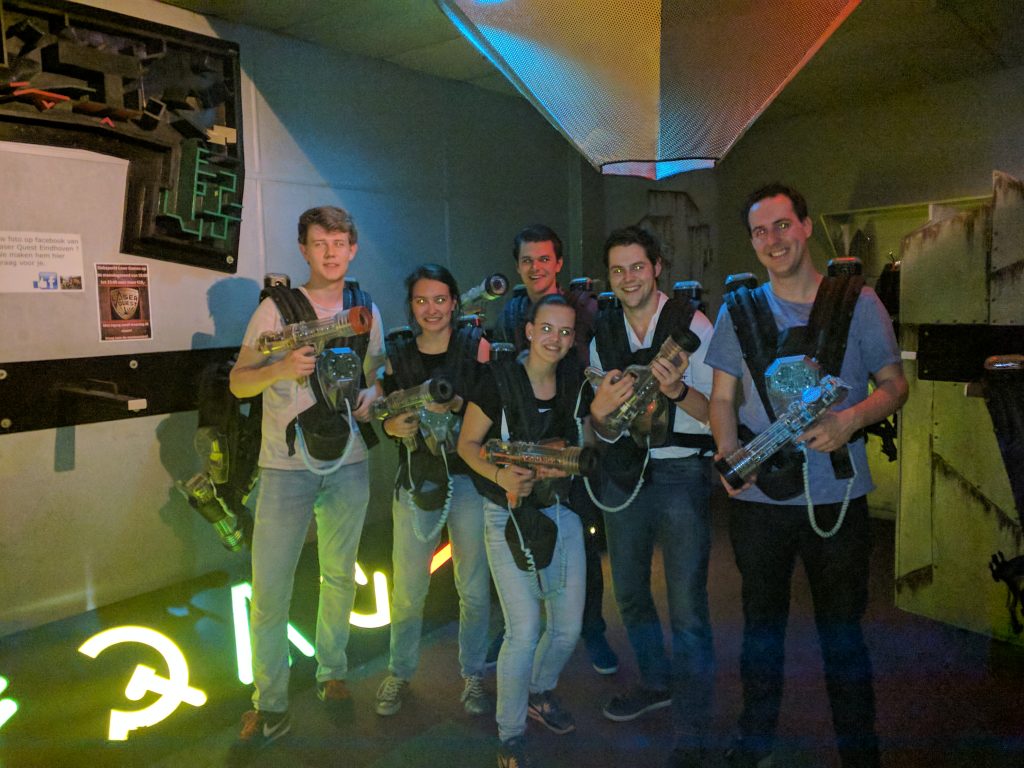